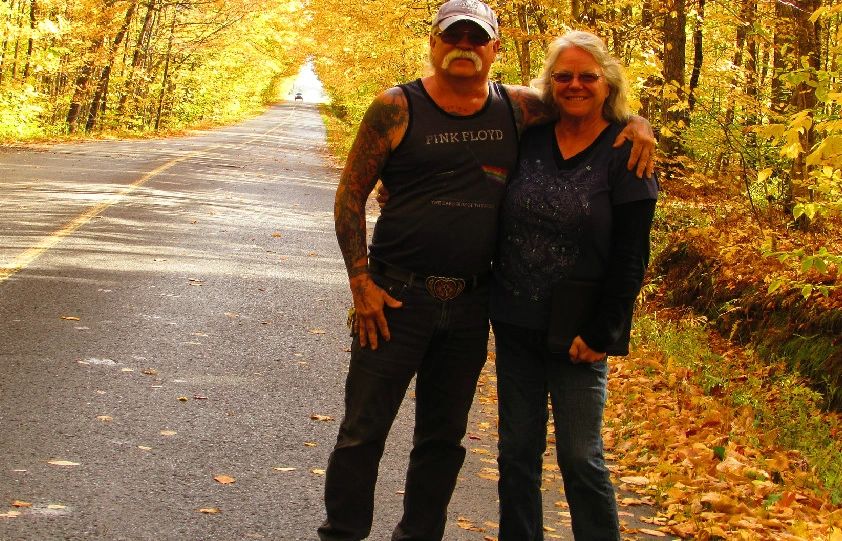 The Al Paquette Ministry was started in Feb. of 2000 by Sharon & Al Paquette. They have been  in prison ministry since 1986 and have served the Lord since 1985. Jesus gave Sharon & Al servants hearts so they became involved in many ministries to prepare them for the journey they are now on. They spend their time finding ways to bring the word of God into jails, prisons and detention centers around the state of Florida and throughout the country. They are the biker coordinators for the state of Florida.

You will find them at bike rallies all around Florida helping out any way they can. Al has spoken at camp grounds, bike week events, clubhouses, meetings and has performed marriages and funeral ceremonies  at some of the strangest places.

Sharon & Al go places most Christians would not dare enter and bring with them the healing message of Jesus Christ.  Al spends his week visiting jails and prisons talking to men that have no direction in life. He motivates them into a relationship with Jesus Christ and he also counsels them one on one. He helps them turn their direction 180 degrees. He guides them on a journey with Jesus step by step. The same steps he has used since 1985.

Every month, Al spends a day on death row at a prison in north Florida. This is a place where time stands still and the men are forgotten. Al has made an impact on many lives there. He claims it is not his ability but rather it is his availability. Thank you for your donation. We are a 501 (c) 3 tax deductible ministry. Your support makes our ministry possible.